Unusual Flooding in Thailand and USA a result of Climate Change

Unusual Flooding in Thailand and USA a result of Climate Change

Severe storms are now occurring almost everyday with each passing year becoming more powerful and widespread. What is causing these once-in-a-lifetime storms? Is this connected to Climate Change?

Bangkok experienced heavy rains past midnight on October 13 and continued into the early hours of the next day, leading to flooding on many Bangkok roads.

Rainwaters reached the critical level of 214 millimetres, causing flash floods in 55 locations across Bangkok. Meanwhile, the forecast of the Meteorological Department predicted there would be more rains coming due to the monsoon and a high-pressure system.

Thailand and other Asian countries are located at the typhoon belt of the Pacific. Where the InterTropical Convergence Zone (ITCZ) is most active. Recent changes in the weather has made this zone more prone to create more powerful storms. It is not surprising anymore that once in a lifetime severe rainfall can be felt more often. Scientists have predicted that the worst is still to come in light of man’s contribution to climate change.

City urban planners must now consider the higher than normal torrential downpour in their future drainage plans as officials said the city only has a capacity to drain rainwater is not more than 60mm per hour.

The US assumes the worst of floods is finally over. But the truth is far from it. 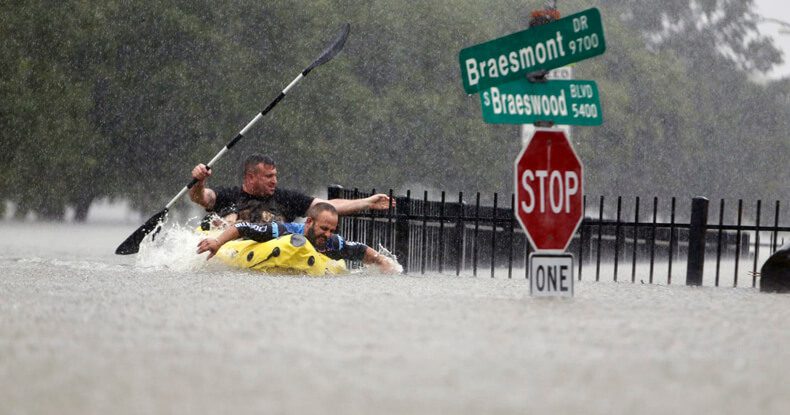 As what happened in Hurricane Katrina in 2004, the United States did not expect that another storm of same magnitude if not more intensity could happen again in their lifetime. Hurricane Harvey in August 2017 came so suddenly, the state of Texas were not ready for the amount of rainfall Harvey dumped. It was estimated more than 15 trillion gallons of rainwater in Houston alone was released making it the costliest cyclone on record surpassing even Hurricane Katrina.
More frequent flooding in the East Coast of the United States is expected in the future. This according to a recent study by the Universities of Bonn, South Florida, and Rhode Island.

The states of Virginia, North Carolina, and South Carolina are most at risk. The coastal regions of these states are inundated by up to three millimeters per year due to human intervention. The work is published in the journal Scientific Reports by the Nature Publishing Group.

Other cities like Miami in the East Coast are more frequently flooded. Not only during hurricane season like the recent hurricane Harvey or Irma but even on sunny and calm days flooding occurs. It damages houses and roads creating traffic disruptions. This is called ‘nuisance flooding’.

Now that the United States has felt the effects of climate change for the first time, expect more powerful and severe storms in the coming future. It is up to mankind to change reduce to the greenhouse gases that contribute to climate change.

One should, therefore, assume that the USA has a vested interest in combating climate change with all its resources. 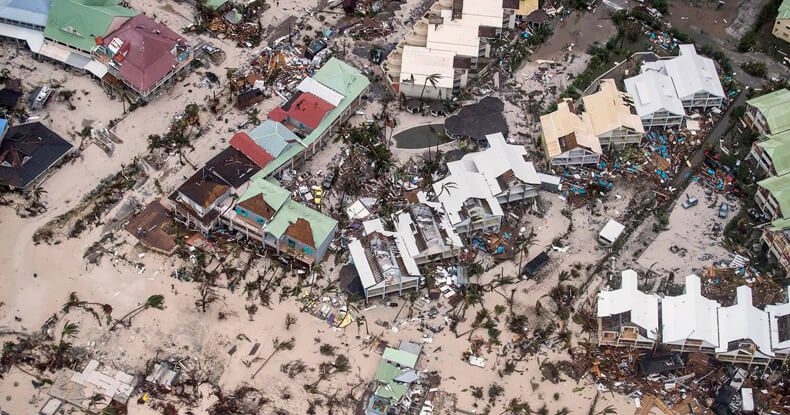 It caused severe damages across the Caribbean, made its way to the Florida Keys and proceeded north, where it delivered strong winds, storm surge and flooding. Irma eventually weakened to a Tropical Depression but still remains a threat for many southeastern states with its heavy rainfall.

Florida’s north east have taken the brunt of the flooding while the Florida Keys and south western areas of the state recorded the worst of the winds with gustiness of 210 kph near Naples Municipal Airport.

Irma managed to dump 400 mm of rain in some areas of Florida in the for 3 days. Rivers reached record highs due to storm surge and heavy rain Jacksonville. Georgia and South Carolina coastal area, including Charleston were affected by the flooding.

In social media, the city of Jacksonville reported that the St. Johns River experienced its worst flooding levels since 1846. But overall the storm surges in south western areas were lower than feared.

Nine deaths in the U.S. were reported in the aftermath of Hurricane Irma. Much of the fatalities were caught by the debris caused by the winds. 6.5 million homes and businesses are without electricity in Florida. There were flooded streets and coastal areas, wind damaged buildings, uprooted trees, boats cast ashore, downed power lines and upturned mobile homes.

Philippines is no exception 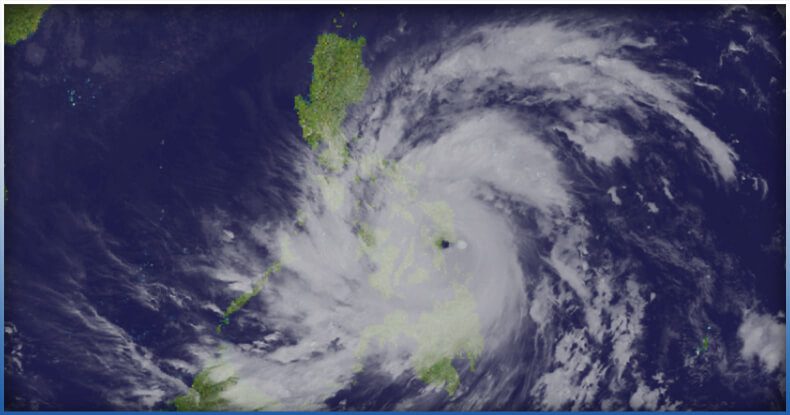 Here in the Philippines, the country has already experience Category 5 storms like Super Typhoon Yolanda in 2013. Its 285 km/h winds caused catastrophic destruction in the Visayas, particularly in Samar and Leyte. According to UN officials, about 11 million people have been affected and 6,300 deaths.

With climate change now a reality severe weather conditions will be a common occurrence in the coming years. All the countries in the world must prepare for the worst case scenarios in weather disturbances. No one is safe anymore.

Countries like the Philippines must have contingency measures in event of storms like Typhoon Yolanda. It is not enough that relief operations and rescue efforts are deployed when disaster strikes but also preventive goals like constructing seawalls along the coast to minimize storm surges and flood barriers to protect properties.

People should understand that they too contribute to global warming and also have the power to eliminate this catastrophe. Reducing gas emissions from their cars and using alternative forms of energy can help reduce the carbon dioxide in the atmosphere. Global warming will not disappear in our lifetime but we will leave a sustainable Earth for our future generations if we act now.

Are we too late to change?

So now that you know climate change is finally here. How can we as Earthkeepers can reverse this deadly phenomenon? Given the scale of the problem is global in proportion as individuals there is very little we can do. But united as a force to be reckoned with, we can combine our imagination, resources and ideas into ways to reduce the greenhouse gases and implement measures for Earth to recover from the climate change effects. It will not be felt in this lifetime but the next generations will thank us for saving them if we do it now.

tags icon Climate Change, flooding, Severe Flooding,
Stay ahead of the flood!
Sign up now and protect your home and community with the latest Flood Safety Tips and Technology Updates from the Flood Experts!
Subscribe now for FLOOD EXPERTS newsletter for FREE.