The Summer that west Germany and central China will Never Forget

It was July 14, 2021, when raging floodwaters came rushing through parts of Rhineland-Palatinate and North Rhine-Westphalia in West Germany. The floodwaters carried with them trees, cars, houses, animals, and hundreds of humans. A week later, torrential rains brought flooding to Zhengzhou, Henan Province, central China, trapping commuters in a subway. Why do we experience flooding even during summer? Let’s look into the matter.

Did a bomb just explode in western Germany?

A flooding disaster in west Germany killed almost 200 people and injured 700 more. Many more are missing in this flooding disaster. Floods also inundated some parts of Belgium, the Netherlands, and Switzerland.

The weather system that swept across the continent on July 13 and 14, 2021 caused flooding. It brought about unusually intense rainfall that caused rivers and sewage systems to overflow. The worst-hit regions were located adjacent to the Rhine River and other river systems so they were easily inundated. A report stated that 200 liters of rain per square meter submerged parts of Rhineland-Palatinate and North Rhine-Westphalia. And that happened for only 48 hours!

The flooding confused and scared the residents. One, whose house was hit by 6 cars during the flooding, said that “It was more than scary, it was like a dream that you hope you wake up from.” Reuters wrote that 12 disabled people residing in one house are among those whom the raging floodwaters, unfortunately, caused to pass away.

Aside from houses and cars, communications stopped in many areas, 80 stations were not open and dozens of lines were out of service. Also, 154 mm of rain submerged the Köln-Stammheim station in just 24 hours.

Many residents of the hit regions were irate because warnings did not reach them. However, German Interior Minister Horst Seehofer said that the local governments should also give out storm and flood warnings.

More pictures on flooding in Germany: 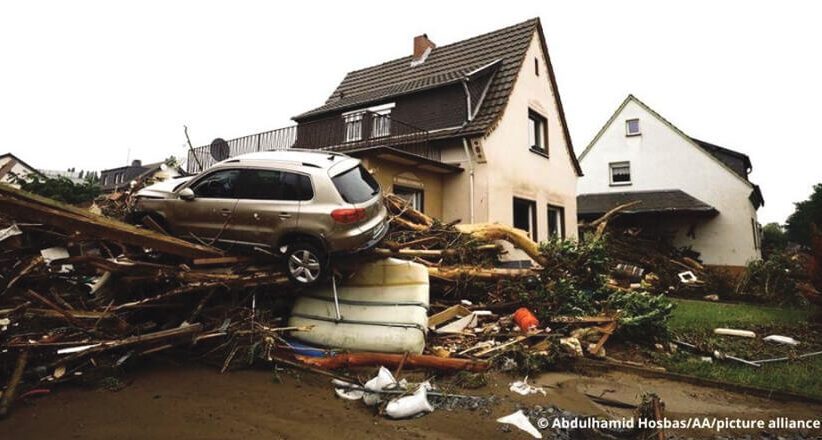 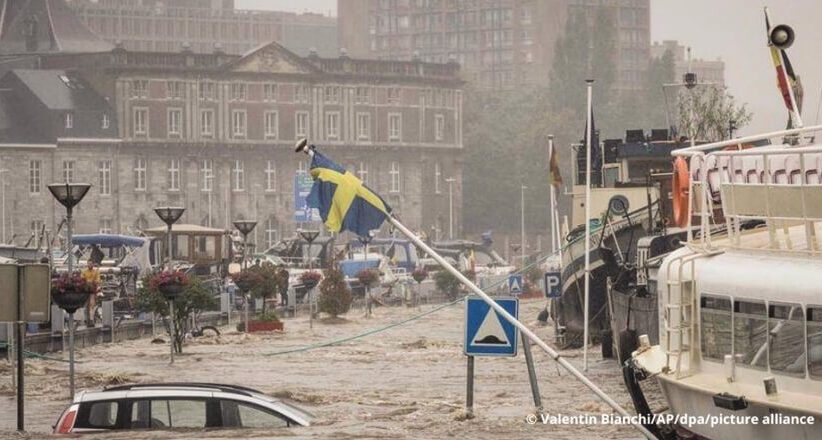 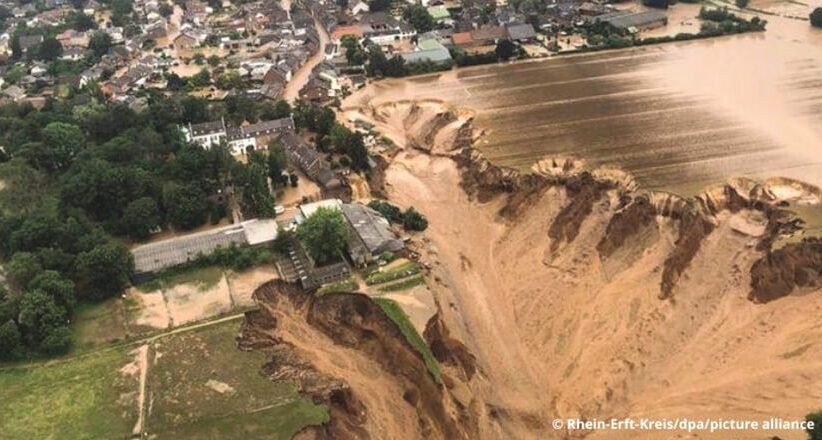 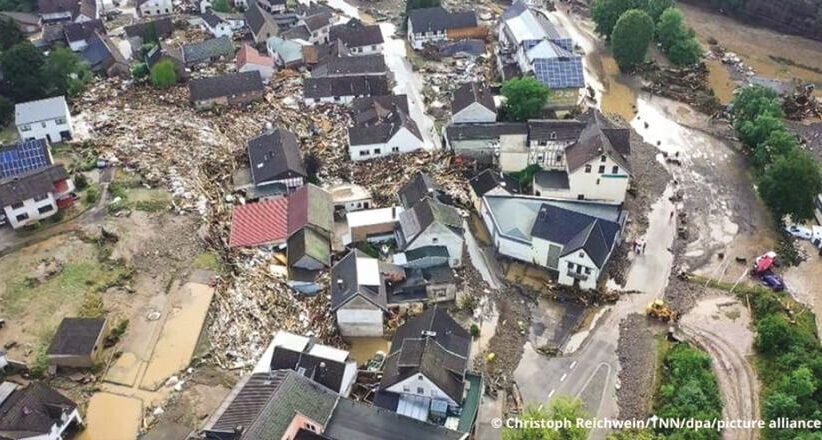 Why are the cars in central China swimming?

A week later, on the other side of the world, torrential rain brought floods to Zhengzhou, Henan, China. Since the start of the flooding on July 20, the death toll rose from 13 to 33 real fast. 100,000 residents were displaced and several more went missing. Images and videos on social media showed commuters trapped on subway trains with chest-deep floodwaters. Videos showing a woman rescued from the floodwaters and a man trapped in his car surrounded by floodwaters were circulating around the internet.

Children were also trapped in kindergartens and the transportation system was closed down.

The heavy rain, which amounted to 209.1 mm in one hour, has led to the rapid rise of the several major river systems running through the province. The Yihetan dam in the nearby Luoyang City had a 20-meter breach. Experts said that it has a risk of collapsing anytime.

Because of the situation, local authorities faced questions over the flood-management infrastructure in the area. 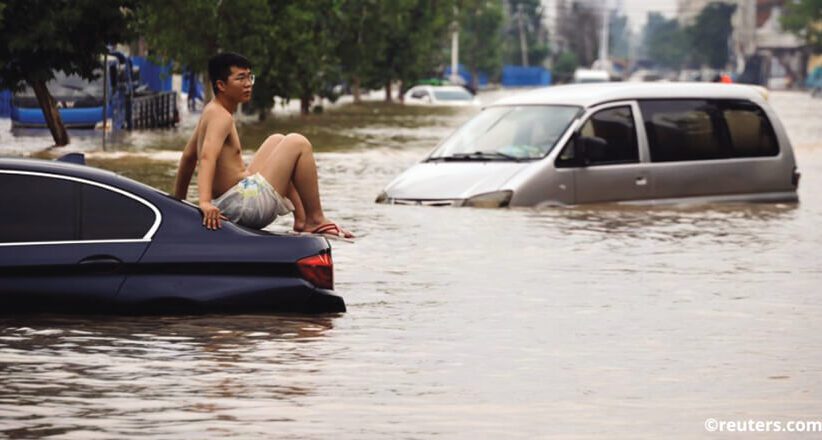 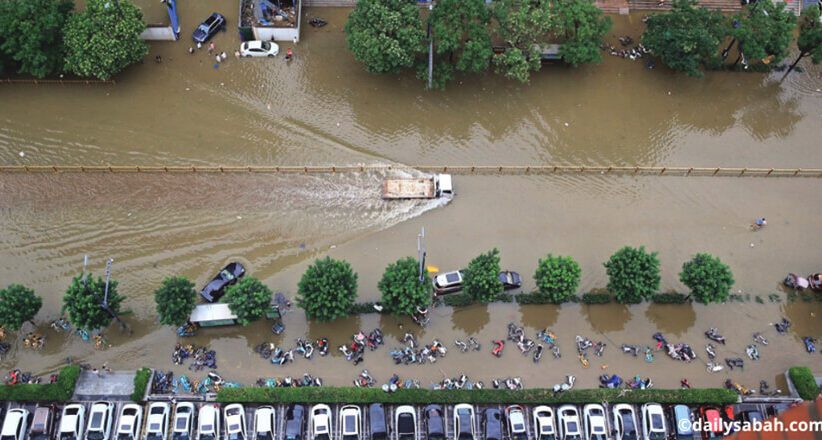 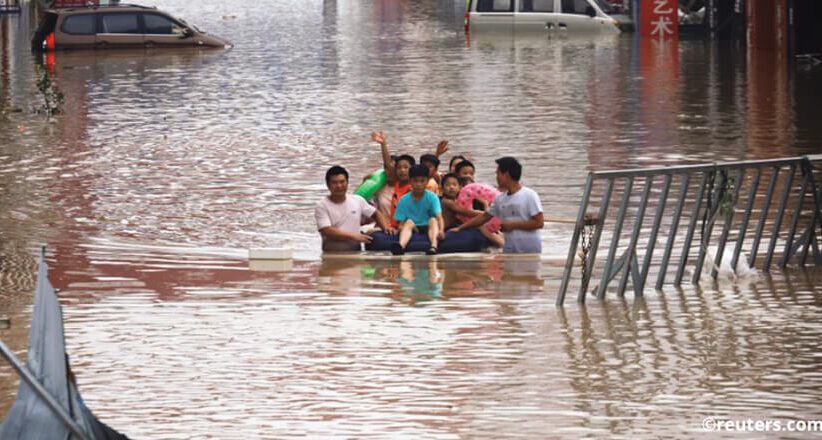 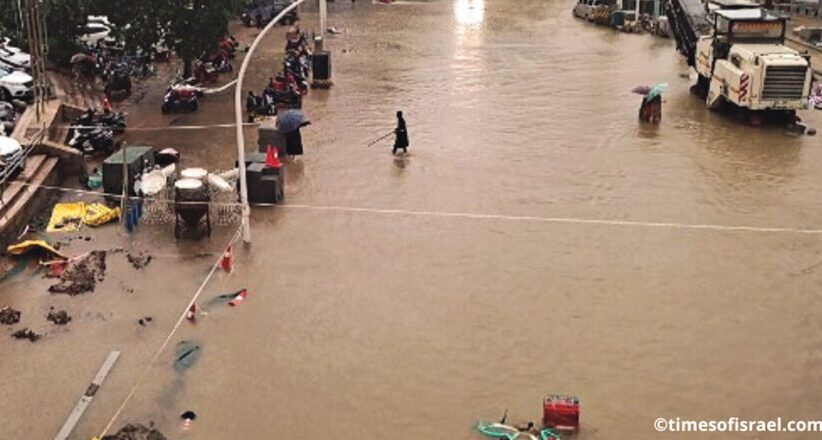 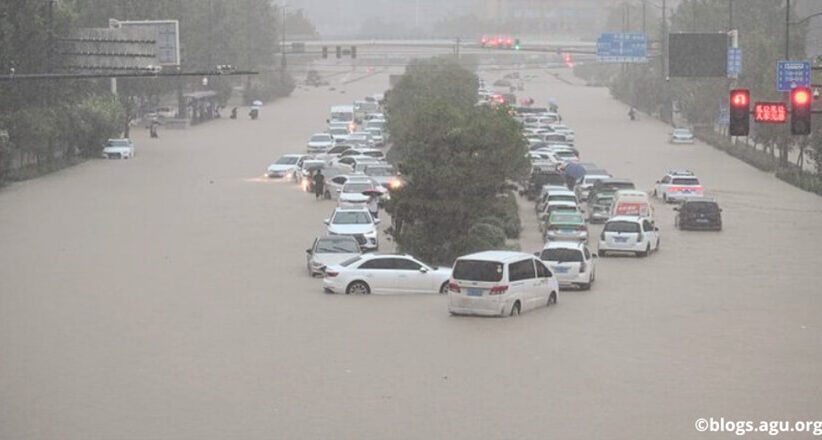 THE IRONY OF THE MATTER

The irony is it is summer in both of these mentioned regions. No one expected torrential rains and flooding because, hey, it’s summertime.

But do we really need to be surprised? Experts and scientists from all over the world have been warning us about climate change and its adverse effects. Higher amounts of rain that fall at a longer period are one of the signs that the climate is indeed worsening.

Some people may not be aware of climate change and some may not even believe it exists. Does the warming climate bring about worsening flood conditions? Is climate change real or are we just experiencing a phase in the earth’s ever-changing climate condition?

WHAT AND WHY CLIMATE CHANGE?

Climate change is simply the change in the climate. But it is not as simple as that. The reason why it is so alarming is that the change is extreme. In many parts of the world, there is either record-high temperature, extremely cold weather, or intense tropical cyclones.

As our climate warms, we experience stronger winds and storms. It is because more water evaporates from land, oceans, seas, and lakes. When the evaporated water condenses, there will obviously be heavier precipitation, leading to heavier rain or snow.

But do we really need to be surprised? Experts and scientists from all over the world have been warning us about climate change and its adverse effects.

Another reason is that when the climate warms, ice will definitely melt and will increase the sea level. An example is Greenland’s Ice Sheet that already lost a total of 3.8 trillion tons of ice— enough to fill 120 million Olympic size swimming pools.

Daniel Swain, a climate scientist at the University of California in Los Angeles said that extreme weather patterns that happened in Cologne, Zhengzhou, and even parts of the U.S., were “not localized freak events, it is definitely part of a coherent global pattern.”

THE NEED FOR A MODERN FLOOD SOLUTION

It was a shock for many that even the rich countries like Germany are also prone to extreme flooding. Well, this just echoes the fact that flooding does not choose which house, car, property, or infrastructure to damage. It does not choose a country.

For 30 years now, a German technology that addresses climate change has been in the market. This technology, known as RS Flood Protection Barriers, has already protected factories, houses, universities, hospitals, train stations, among others. It has installed more than 65,000 systems in 34 countries.

Many might still be doubtful about getting flood protection but I think this is not the time to think twice. What happened in Rhineland-Palatinate and North Rhine-Westphalia and Zhengzhou are strong messages that weather situations are not getting better in the near future. We may not want to hear that, but that is the truth.

Fortunately, even with climate change and flooding, modern flood technology like RS Flood Protection Barriers can help us adapt to flood disasters.

These flood barriers can protect any type of property that you have. In addition to that, they are ideal solutions because they are:

Various experts in Germany, the European Union, and the USA made and tested the RS Flood technologies. FM Global and 11 nuclear power plants in France and the United Kingdom can prove their safety, security, and integrity. What more safety can you expect at a nuclear power plant?

You can use RS Technology for 50 years. And with proper maintenance and operation, it can even last for 100 years! That’s a century of your family safe against floods! Your great-grandchildren will still remember how visionary and caretaking you were.

As a German myself, it is distressing to see lives and properties destroyed by flood. So it has always been my desire to inform as many people as I can about this climate change-addressing flood protection.

To learn more about these German technologies, you may click the “WATCH THE VIDEO” below. This video will provide you with an overview of all the flood barriers that may suit your property and style.

To talk to a flood expert, please click “BOOK A MEETING.” Our team of flood experts will listen to your flooding problem and will help you get the solution you have long waited for.

As always, stay safe and flood-free!

BOOK A MEETING FOR FREE
WATCH THE VIDEO HERE!
Stay ahead of the flood!
Sign up now and protect your home and community with the latest Flood Safety Tips and Technology Updates from the Flood Experts!
Subscribe now for FLOOD EXPERTS newsletter for FREE.