A recent report published by the world’s leading climate scientists warns us of what seems like a period of harrowing years for the future of humanity. 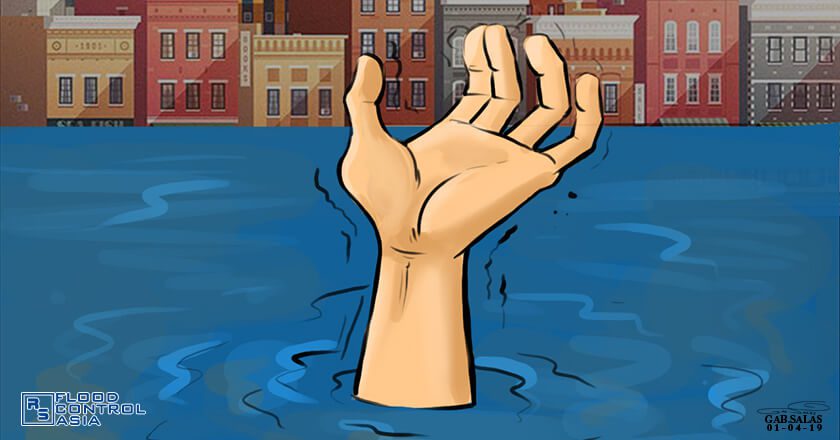 shows hands drowning in flood with buildings and homes in the background also submerged in flood.

In an article by the Guardian, the UN has warned that we only have 12 years for global warming to be kept to a maximum of 1.5 degrees celsius. An increase of half a degree could already pose aggravating natural disaster and extreme weather conditions.

Now what does that mean?

Sea levels are rising and tides are inching higher year after year.

The Global Mean Sea Level has risen by about 10 to 20 centimeters since 1900, with about 3 of those inches taking place since 1993. And for the past 20 years, since records began in 1880, the annual rate of rise has been 3.2 millimeters a year.

One of the key messages that comes out very strongly from this report is that we are already seeing the consequences of 1°C of global warming through more extreme weather, rising sea levels and diminishing Arctic sea ice, among other changes.

And such statement is true. If what we are experiencing today are already consequences of 1°C of global warming, imagine what 1.5°C or even 2°C could bring – unprecedented disaster.

There are two major factors causing the rise in sea levels:

shows the comparison between the rise of sea levels at 1.5 versus 2 degrees celsius.

According to the IPCC special report, by 2100, global sea level rise would be 10 cm lower with global warming of 1.5°C compared with 2°C. The 1.5°C goal would be technically and economically achievable but it would also heavily depend on political leadership.

The rapid rise of sea levels can have severe life threatening impacts, especially in coastal areas. 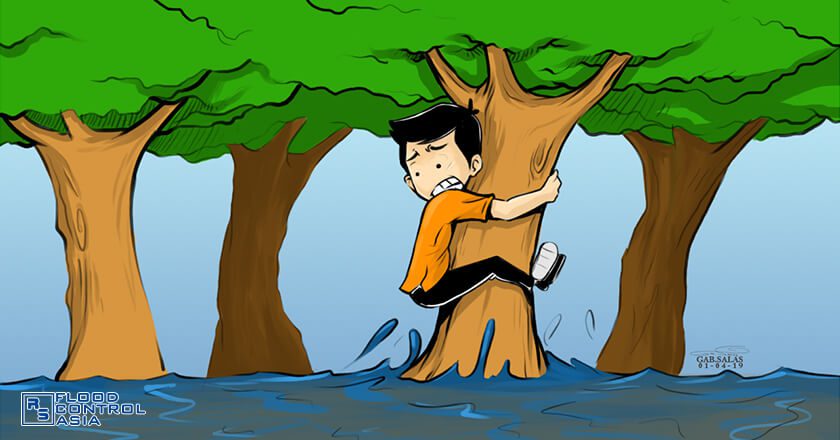 shows a person clinging to a tree to save himself from the flood.

The Union of Concerned Scientists published a report on the implications of rising sea levels on coastal residents, communities and economy in the US. According to the report, hundreds of these communities are at risk of facing chronic, disruptive flooding which will affect homes, lives and properties.

And I believe this will not only be happen in the US but will also affect the rest of the world. In particular, the Philippines is also at an extreme high risk.

The previous year has seen enough climate-linked disasters that I hope would wake us up to the nightmarish reality that climate change brings – from deadly floods and super typhoons in Asia and the Middle East, to monstrous hurricanes in the western part of the globe.

Is There Anything We Can Do?

To address the danger of rising sea levels means that we must first and foremost address its root cause – climate change.

The world’s leading climate scientist calls for us to cut carbon pollution as much as possible and as fast as possible.

It’s a line in the sand and what it says to our species is that this is the moment and we must act now.”

Apart from the use of science and physics, a strong and immediate response from the world’s governments is a must. Decisive action, innovation and wise investments could greatly contribute in alleviating the worst impacts of climate change.

This is humanity’s war against climate change and against global warming.
This is a war we must face, and we must face it now, or regret later.

Here’s my question for you:

What do you think can you contribute to protect yourself, your home, or your environment in a better way against flooding?

tags icon environmental protection,
Stay ahead of the flood!
Sign up now and protect your home and community with the latest Flood Safety Tips and Technology Updates from the Flood Experts!
Subscribe now for FLOOD EXPERTS newsletter for FREE.