Lessons on Flood Safety Learned from the Parisian Flood

What would be your reaction if you learned that the Leaning Tower of Pisa had been flooded?

You’re probably not familiar with the Leaning Tower of Pisa so you the magnitude of it having flooded doesn’t sink in. What if, Rizal Park has been flooded? Will it be a shock for you? 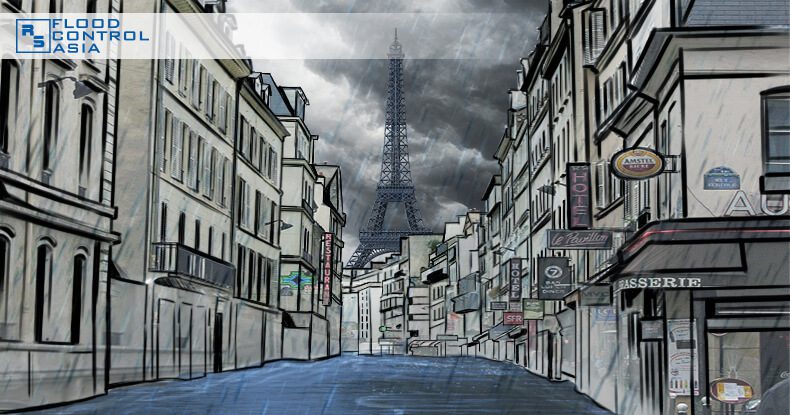 The flooding incident in Paris shocked the whole world. A city as sophisticated as Paris was flooded, and even centers of art were not spared.

As a flood specialist, I’m always on the look for news about flooding incidents in various countries. I do it regularly to be kept abreast of global events that are connected to climate change.

In my search for the latest news about flooding, my attention was drawn to this big story, err, flooding incident, in Paris, France. Let me share a bit about this Paris flooding incident, then let’s see what we can learn from it.

What? Paris is now flooded?

That’s exactly the reason why I asked you about your reaction when you learn that some famous landmarks has been flooded. Floodwater covered some portions of Paris, and it even got so close to the iconic Eiffel Tower.

The Intensity of the Parisian Flood

Those who love anything French will not miss that the dreamy city of Paris has a river that is equally famous. The River Seine, which runs through Paris, France, overflowed on January 29, 2018. 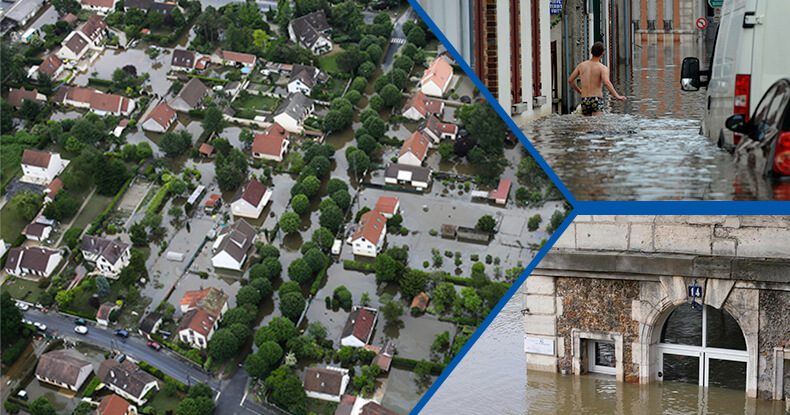 The so-called Parisian flood was so intense that it drove people from their homes and disrupted power services in some areas.

This overflowing of Seine is record breaking. This is the first time since the start of the year that the said river flowed into the streets. Well, the term ‘overflow’ is even an understatement. Instead, we better say the River Seine ‘gushed’ into the city.

This surge from the River Seine caused a dramatic change in Paris. Scenes which you can only see in tropical countries occured in this city of fashion and class.

Perhaps, this report from the British Broadcasting Corporation (BBC) can summarize the intensity of Paris flooding incident.

Around 1,500 people have been evacuated from their homes in the greater Paris region, while a similar number of homes remain without electricity.

Paris has 1,500 people displaced due to flood?

This is really unbelievable!

There can only be one reason for the flooding of Paris!

I understand that people find it unbelievable when they hear that Parisians experienced flooding. Scenes of people displaced from their homes, of establishments losing electric supply, and of streets closed due to flooding only happen in third world countries.

People are asking of the reason why Paris got flooded, given that it is a high-end city. Well, if you will ask me, there is one big reason for it.

The only reason why high-end cities like Paris is now becoming susceptible to flooding is climate change.

Take a look on what’s observed on the ground.

How does riverine flood happen and how is it connected to climate change?

Riverine flood happens when the amount of rainfall exceeds the river’s capacity.

The National Geographic lists river flooding as a normal occurrence.

But flooding, particularly in river floodplains, is as natural as rain and has been occurring for millions of years.

Well, I believe this proposition is now getting problematic.

Rains have reached an unheard of intensity due to climate change. Storms, these days, are freakingly stronger and weather patterns around the world are getting messed up.

With this situation, I don’t think river flooding can stay on the normal bracket.

Is the Parisian flood a warning for the world?

If you’re quick and sharp, then, you might ask: Is this a warning for the entire world?

As a flood specialist, my answer is: Yes, it is!

Climate change is not a localized phenomenon. If it is happening in Europe, it will surely happen in Asia, Australia, America, and Africa! I know it sounds ridiculous for you, but it’s the truth. If you want more, you can read what I wrote about Germany’s first storm in 2018.

Paris is not the only city that is facing the threat of flood. I guess the only places in the world that are safe from flooding are the Sahara Desert and the Mount Everest!

If a city like Paris is now suffering from intense flooding, cities in developing countries are more vulnerable.

Remember that Ondoy got Manila submerged in flood? However, Ondoy is not the fiercest typhoon that has ever visited Philippines. Ondoy was in September 2009; after four years, Yolanda literally swept communities and an entire city. 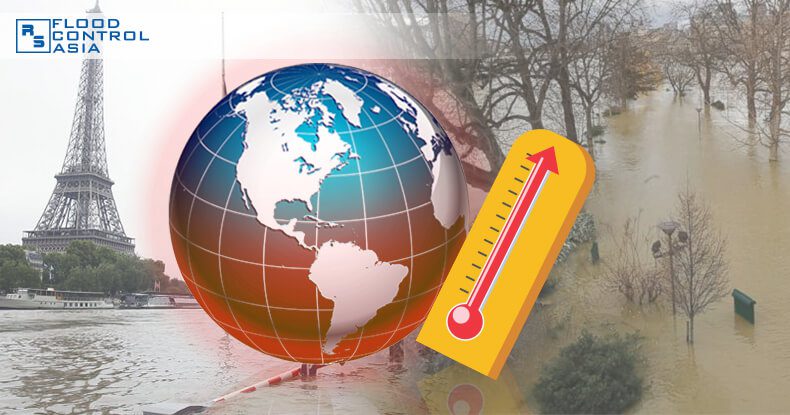 If the Eiffel Tower, a globally-renowned tourist destination has been flooded, popular sites in Manila are more vulnerable.

The next time you hear about a famous landmark, think that there’s always a possibility of it getting flooded.

Don’t forget that Luneta is not an exception.

So, climate change is worsening. Here’s what you can do:

It’s flooding everywhere; does it mean all hope is lost?

Again, I will answer your questions as a flood specialist: No!

You can do something as an individual. It will take you hundreds of years if you will focus on the larger goal of totally reversing climate change. If there’s one aspect of climate change that is possible to resolve, it’s the offshoot.

Now, there are plenty of offshoots that come from climate change. Death of species is one of them. We should not forget that flooding is also a threat.

As a flood specialist, I can only address the problem of flooding.

If you will do such, you’ll end up seeing your own home under floodwater. 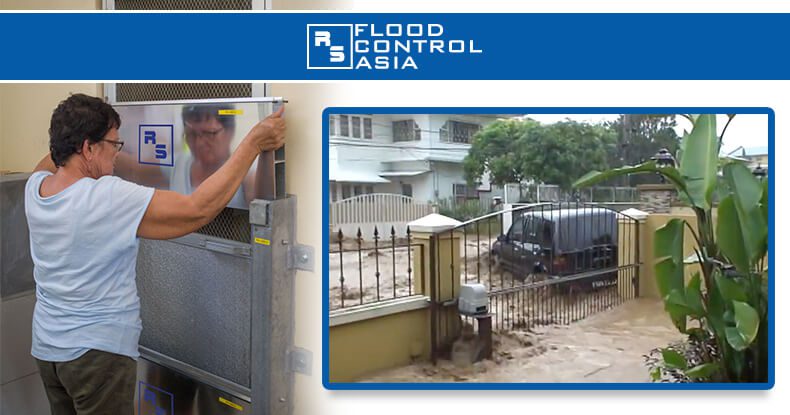 Your homes and properties can be protected through flood control solutions that really work!

There are flood control systems that can render total protection. These systems stand in contrast to the conventional sandbags that do nothing except to soil your hands and let flood ruin your home.

In a Nutshell: What We Learned from the Parisian Flood

You think I will settle with a simple recollection of the Parisian flood (and how the surroundings of Eiffel Tower got submerged)?

As a flood specialist, of course, I won’t settle with a mere storytelling!

What I’m trying to tell you is:

tags icon Climate Change, flood barriers, flood safety, Severe Flooding,
Stay ahead of the flood!
Sign up now and protect your home and community with the latest Flood Safety Tips and Technology Updates from the Flood Experts!
Subscribe now for FLOOD EXPERTS newsletter for FREE.