A Basic Guide to Water-Borne Diseases

Flood brings with it a lot of troubles, and water-borne diseases are always one of them. The list of these diseases include typhoid fever, cholera, leptospirosis, and hepatitis A. All of them, though they vary in names and descriptions, have one source — floodwater.

These diseases also attacks in outbreaks. Surely, you can’t deny that all measures must be exhausted to curb the spread of these plagues.

Let us have a look what water-borne diseases are

We’ve mentioned flooding, so we’re drawing you back to the said topic. Diseases that break out during rainy season can roughly be classified into two: water-borne and vector-borne. We’ve discussed vector-borne in another post, so there’s only one left for us to tackle.

Although flood plays an important role in the spread of vector-borne diseases, it is more directly involved in the outbreaks of water-borne diseases. From the name itself, these are diseases that come from ingestion of polluted water.

Some of the most common water-borne diseases are:

According to a popular Internet source, “typhoid fever…is a bacterial infection due to Salmonella typhi. (Its symptoms include diarrhea), weakness, abdominal pain, constipation, and headaches. (The bacteria usually grows) in the intestines or blood. Typhoid is spread by eating or drinking food or water contaminated with the feces of an infected person.”

In the past, typhoid fever can be fatal. A vaccine now exists to protect people from typhoid fever. However, as the old adage goes on, prevention is better than cure. Since typhoid is transmitted through contaminated food or water, it is best to maintain a sanitized environment to prevent the spread of typhoid.

Are you sure you’ve never heard of cholera before? Oh c’mon! 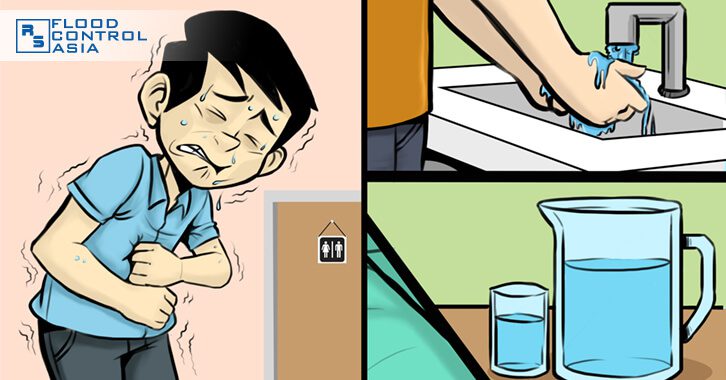 Usually, people who have water-borne ailments experience severe stomach ache. This is not surprising, since water-borne diseases are transmitted by ingesting contaminated water.

It has been there for centuries. In fact, some sources say cholera has been here since the time of ancient India!

It is an intestinal infection brought by ingesting Vibrio cholerae. Since these bacteria commonly thrive in water, it is pretty easy to get cholera by drinking contaminated fluids or eating half-cooked food.

Once ingested, the person will immediately develop a severe diarrhea, which can be fatal when not treated.

As with the other water-borne diseases in this list, it’s best to observe the highest standards of sanitation to avoid cholera.

Rats are always hated, and you’ll surely hate them more when you remember that they are the carriers of leptospirosis. 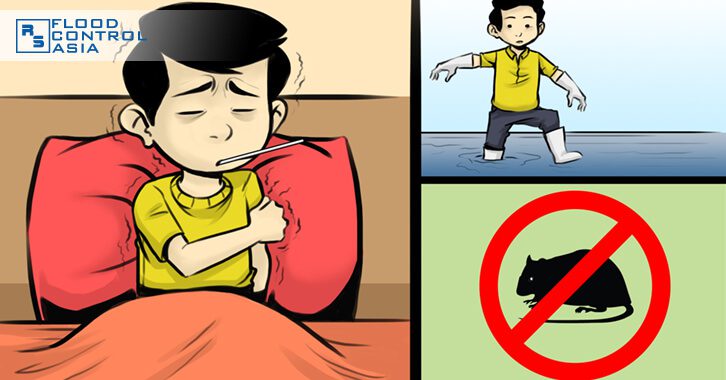 Let’s get into the details. How do you get leptospirosis?

The United States’ Center for Disease Control and Prevention (CDC) says that leptospirosis comes from a bacteria in the genus Leptospira, which spreads through the urine of infected animals. Though you always have rodents in mind when you hear leptospirosis, livestock and dogs can also be carriers of these disease.

Direct contact with the urine or excrement of these infected animals is the easiest way to get leptospirosis. However, you can also have it when you come in contact with soil or water that has been contaminated with the excrement or urine of these animals.

Like the rest, its symptoms can also be mistaken for ordinary flu. Needless to say, the easiest way to protect yourself is to prevent contamination from floodwater.

This one is also very common. With or without flooding, people can get hepatitis A simply because they love enjoying street foods that are not properly prepared. It’s also a common knowledge that the rate of hepatitis A cases spike during rainy season, as this is ailment is also caused by contaminated water. 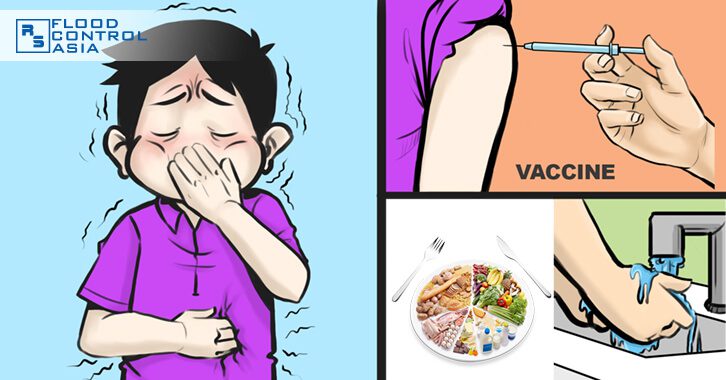 Vaccines can protect you from water-borne diseases. However, it’s still best to maintain a healthy lifestyle and good personal hygiene.

Based on the World Health Organization’s fact sheet (released July 2017), hepatitis A is a disease that comes from ingesting contaminated water or food. Hepatitis A affects the liver but the chances of survival is high.

However, when not treated, hepatitis A can deteriorate into a chronic liver disease.

Again, the best way to be protected is to avoid unsafe water or food. When there’s cases of flooding, it’s best to avoid going out or buying food from sidewalk stores.

Should we blame everything to climate change?

Unfortunately, the answer is yes.

These water-borne diseases have always been present. Climate change has made these diseases more prevalent than before. Flooding caused them to spread quickly. With intensified flooding, outbreaks will become more rampant in the future.

However, we cannot change the climate in an instant. What we can do is sanitize our environment to prevent outbreaks.

Do you know other means of preventing the outbreak of water-borne diseases? Post your comments below.

tags icon Prevention Tips, Severe Flooding, water-borne diseases,
Stay ahead of the flood!
Sign up now and protect your home and community with the latest Flood Safety Tips and Technology Updates from the Flood Experts!
Subscribe now for FLOOD EXPERTS newsletter for FREE.