A Quick Look on Climate Change: Germany, US endure ‘first blow’ in 2018

How do you kick-start a new year?

Do you throw a party for your friends and family members?

Do you travel to places you haven’t visited yet?

Do you try exotic dishes from an Oriental country?

Whatever you’re doing at the start of the year, it’s no match for what climate change is doing in Germany at the dawn of 2018.

Instead of throwing a party for us, climate change threw heavy rain, strong wind, and a depressingly bleak weather all over North Europe.

What am I talking about here? What really happened in Germany? I know you don’t care about what’s going on in Europe. Keep reading until the end and you’ll know what I’m talking about. 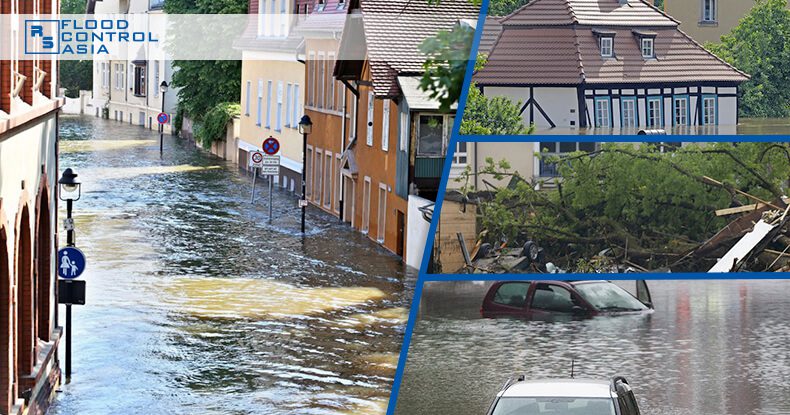 The first storm in Germany proved to be a force to reckon as it submerged houses and cars — at the start of a new year!

Climate change has just shown us how powerful its effects are. With Burglind, the first storm to strike Germany this year, we’re finally convinced that climate change is a reality.

No one can deny it. Imagine yourself sprawled on your bed and all of a sudden you have to welcome the new year with a storm.

You just have to watch what the Zweites Deutsches Fernsehen (ZDF), a German news channel based in Mainz, reported in these past days. We woke up to reports of flooded villages in Germany, which are all located on its western side.

As i’ve said above, this flooding incident on different villages was caused by Burglind, our first visitor this new year.

Don’t take this storm lightly; it caused us millions!

Do you think I’m exaggerating when I said that Burglind literally blew our new year? ZDF was not the only news channel that captured Burglind’s force on cam and on words. Of course, a storm as fierce as Burglind would not pass along Europe unnoticed.

Take a look on this January 5, 2018 report from The Local Germany. This news report will paint you a clear image of how roads and transport lines were cut due to flooding. Trees were all felled down as if an ax man has gone berserk on the street.

You’ll be more shocked once I tell you the amount of assets destroyed. According to The Local Germany, this is what happened on the ground:

“Police had reported flooded roads and basements in various parts of the country such as in Hanover and in the district of Hildesheim in Lower Saxony.”

So much for this descriptions of how bad the situation is. Let’s be more concrete. The German Insurance Association (GDV) told The Local Germany that the damaged assets amounted to millions of euros!

Germany is not alone.

Are you thinking that it’s an isolated case in Germany? Remember, I told you to keep reading until the end. Here’s the tricky part.

It turned out that Burglind swept not only in Germany. It ravaged other parts of Northern Europe. In fact, it’s called “Eleanor” elsewhere in Europe. Google it, and you’ll see headlines like this:

The list goes on. Whatever it’s called, whether Burglind or Eleanor, there’s only one message here: It’s such a frightening storm!

It made our new year — not only in Germany but in all of Northern Europe — unforgettable. It’s unforgettable because it destroyed assets and made people leave the comfort of their homes! 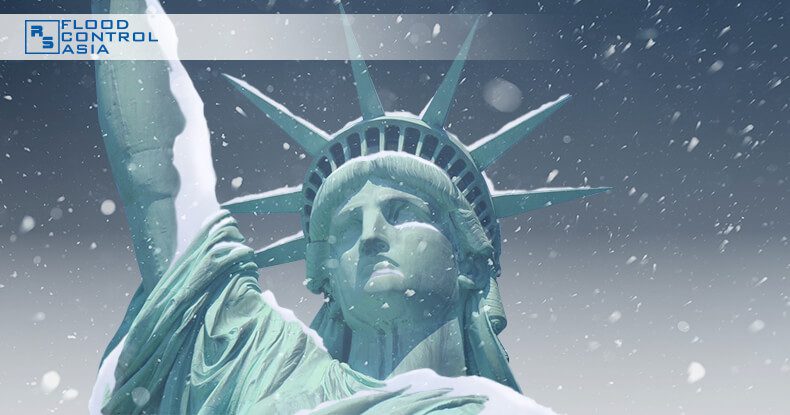 It’s wrong to think that abnormal weather conditions are an isolated phenomena in some parts of Europe. It can happen anywhere, even in the United States!

If it happened in Europe, it can happen anywhere

Now, what you’ve read above is true. If it happened in Europe, it can happen anywhere.

Are asking me for a proof that storms as fierce as Burglind/Eleanor can happen in other parts of the world?

Take a look on America

The United States of America was not exempted. Have you heard about America’s winter storm at the start of 2018?

This winter storm brought the all-time low temperature in America. Vox, in its January 5, 2018 report called this recent winter storm in US as the “most snow-packed weather” in that country.

Vox is not exaggerating either. Florida, a place in America where cold weather is not always expected, has been covered in snow! What else can you say when a place with subtropical climate becomes a winter wonderland?

In New York, the city that never sleeps, the situation is worst. People had to shovel mounds of snow from time-to-time. If you forget to clear your lawn of snow, you won’t’ be able to open your door. 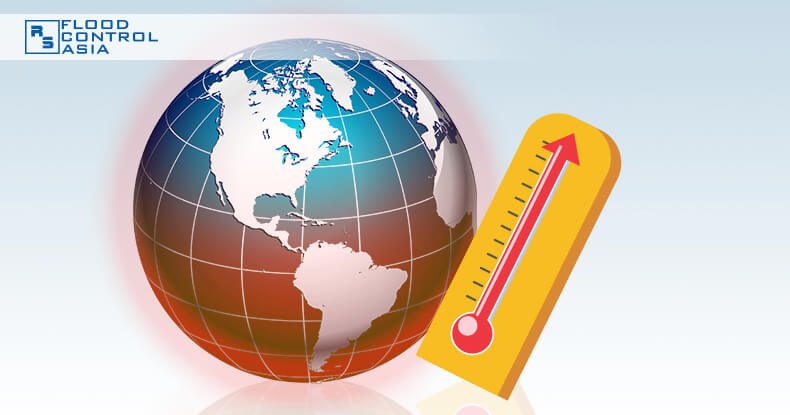 For all abnormalities in our weather systems, there’s only one to blame — climate change!

Let’s come to the ultimate message!

What’s the ultimate message here? After all, you’ve read this far because you want to know how this storms and winter plagues affect you.

The ultimate message here is spelled right in front of your eyes: CLIMATE CHANGE.

Climate changes proves to be an undeniable phenomenon. It’s a reality! Burglind/Eleanor and the winter storm in America are proofs that the effects of climate change is felt in various places in the world.

You know, it’s a bit normal for Germany’s northwestern portion to experience rainy days at this time of the year. However, what Burglind brought is beyond the limit. It’s not just rain, it’s a storm that caused mayhem!

The same can be said about Florida. It’s possible for some parts of Florida to have snow, but not a snowstorm!

These extreme and sudden shift in weather conditions are all hallmarks of climate change. They are tell-tale signs that weather patterns around the globe are changing, and what’s considered abnormal can be a frequent occurrence.

Should you expect the worst?

Does it mean abnormal storms like Burglind will become common place in Europe? It can be.

Does it mean winter storms in unexpected places like Florida will be the new trend? It can be.

Does it mean other parts of the world like Asia (where there are plenty of tropical countries) should expect more super-typhoons? Of course, they should!

This is the reason why I told you to keep reading until the end. A quick look on climate change scenario will show you the severe storm and extreme winter in Germany and US, respectively.

However, what you’re not seeing here is the same scenes can happen anywhere in the world.

The drastic changes in ocean temperature triggers the formation of storms as forceful as Burglind. The other side of the globe, Asia and Oceania, is not yet suffering from a weather as harsh as the west’s.

It is possible that the same anomalous weather condition can also be observed in this places when the monsoon wind changes its pattern.

Asia, which has plenty of tropical countries, should expect more super-typhoons in the coming days.

These abnormal weather conditions will be the norm. There is no turning back here; climate change is unleashing its full force all over the world. 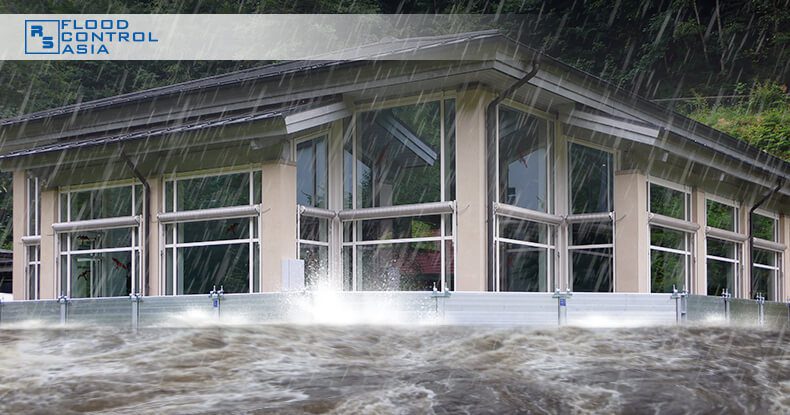 Climate change and its effects should not be belittled. You should be prepared by now, and the protection of your assets should be your priority.

Can we do something? Can we act on it?

Of course, we can!

It might sound cliché, but it’s possible. We can do something to protect ourselves and our assets from the effects of climate change.

Are you afraid of flooding? Flooding is one of the most common effects of climate change. No doubt, when Burglind hit Germany intense flood caused interruption in transportation services. It was also one of the reasons why people left their homes temporarily.

How about illegal logging, which causes landslides and flooding in many third-world countries. Can you eradicate flooding by yourself?

See? You cannot address the problem of climate change by yourself. It will take, perhaps, hundreds of years before the problem can be addressed. In the meantime, severe storms are visiting each country, and flooding incidents are causing loss of lives and assets!

What you can do is act on your own as an individual.

Take the problem of flooding. Instead of relying on conventional methods like sandbagging and moving to another location, why don’t you try flood control systems that rely on trusted technology?

In our modern times, efficient flood control systems have been out in the market for so many years. All you have to do is explore them and see for yourself if they can work for you and your homes.

We learned plenty of things here, and it’s worthwhile to have a review so we won’t forget them.

First, we learned that climate change can bring us the worst weather that we can imagine. It can cause cyclones and winter storms when they are not really expected.

Second, climate change is becoming a worldwide phenomenon. Now, it’s Germany and Northern Europe. Then, America followed suit. Who knows, your little peaceful community might be the next.

Third, Flooding is one of the worst effects of climate change. It’s the reason why communications, transportation services, and businesses get suspended for a long time.

Last, but not the least, you can do something to protect yourself and your assets! Be practical; if you’re protecting your loved ones and assets from flood, don’t rely on old solutions that won’t work. Explore flood control systems that can keep you safe and dry no matter what!

So, next time that there’s a big storm out there, you have no reason to panic.

tags icon Climate Change, strom in europe, world climate,
Stay ahead of the flood!
Sign up now and protect your home and community with the latest Flood Safety Tips and Technology Updates from the Flood Experts!
Subscribe now for FLOOD EXPERTS newsletter for FREE.