Developed countries in the west, no matter how advanced their infrastructures are, are facing the growing threat of river flooding.

So say Sven N. Willmer and his companions in their study published by the Potsdam Institute for Climate Impact Research (PIK), a Germany-based environmental think-tank. 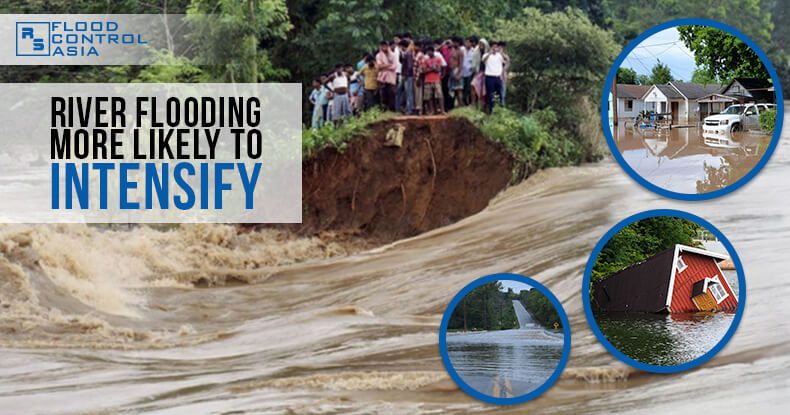 River flood results when intense rainfall makes bodies of water overflow. A recent study from Germany’s Potsdam institute for Climate Impact Research said there is a possibility that river floods will affect even developed countries in the west. | photo courtesy of www.bbc.co.uk./news

Their study, entitled “Adaptation Required to Preserve Future High-End River Flood Risk at Present Levels”, discussed how the steady warming of the earth can worsen the already perennial river flooding in Europe, America, and Asia.

According to Willmer et al.’s study, river flooding can intensify due to increased rainfall, which is a direct effect of global warming.

While Willmer et al.’s study first mentioned Europe and America, they also said Asia is vulnerable, given that much of Asian countries are coastal.

To further illustrate the devastating effects of river flooding, the study gave numbers:

In South America, the number of people affected by flooding risks will likely increase from 6 to 12 million, in Africa from 25 to 34 million, and in Asia from 75 to 156 million.

Such risk should not be taken for granted. Willmer et al. identified flooding as one of the main causes of internal displacement from 2008 to 2015 — perhaps second only to internal conflicts and terrorism.

The study was a comparative one, taking into consideration all existing data in river flooding and making a prediction as to what might happen in the near future.

Not an Isolated Case

As discussed by Willmer et al., the intensification of flooding incidents is not an isolated event in Europe and America. 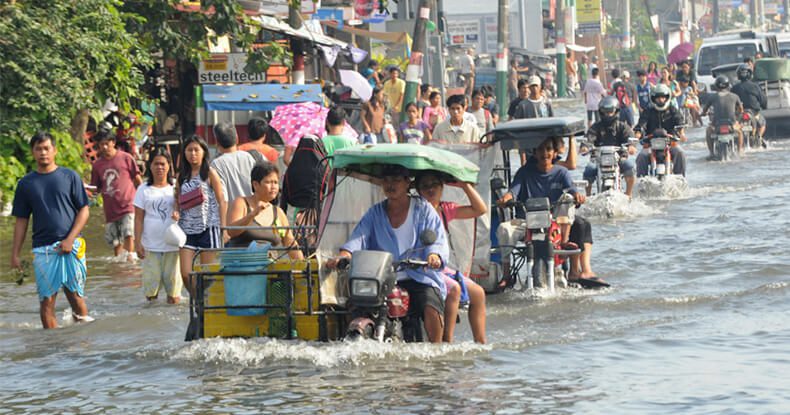 Flooding occurs in the Philippines almost every rainy season, which happens from early May to mid-September. In such cases, due to lack of government mechanism to address natural disasters, most public and private institutions are closed and operations are usually suspended.

Thus, it is safe to say that the country’s economy is annually crippled by flood.

It is important that business can go on with the lowest impact of disturbance during the times of heavy rainfall. The only alternative against flooding is that every building owner is protecting his own business. Nobody else will protect the assets.

How is total protection from flood defined?

What do common people understand by “protection”?

Does the word “protection” mean construction of dams?

For some, “protection” is tantamount to dykes that surround rivers or lakes. Drainage systems also provide “protection”, it’s possible.

Come to think of it, professional urban planning is also a way to keep communities protected.

At the end of the day, people talk of temporary measures. Those “protection” strategies given above (construction of dams, dykes, drainage systems, urban planning) are not the ultimate solution to keep your assets safe from flood.

Yet, here’s another question: What are assets?

As for assets, they are probably any of these, or a combination:

Take these two things in mind: protection means total and comprehensive shielding from flood, while assets mean a person’s home, establishment, land, and anything within his domain.

With these considerations, how can one achieve total protection from flood?

I am referring to a fast yet effective solution to flooding. In the Philippines, for example, my company and I have been working on to fit establishments with demountable aluminum flood barriers that are capable of protecting structures under any flooding situations.

Though these demountable barriers do not address the root cause of flooding, they are effective in protecting communities while the larger problem of air, water, and land pollution are being solved.

However, addressing the problem of pollution — in general — will take years, or probably decades.

Our readers should ask themselves:

These solutions are really ideal, but they will take probably fifty years before they become a reality. How old will this generation be when these “solutions” finally work?

All the while, rainfall are increasing in volume, and river flooding is becoming a worldwide phenomenon.

Not all hope is lost. Each individual can act on his own to protect his immediate surroundings from flood.

A modern solution exists in the market, and the barriers mentioned above are certainly one to be counted. They are definitely far from sandbags, which are actually big failures.

River flooding can only be solved once the ultimate cause has been put to rest. In the meantime, solutions that truly work, like the demountable aluminum barriers, should not be left out of the picture. In fact, they will play crucial roles while the gargantuan task of solving climate change is underway.

Here are the main points everyone can learn: