Floods are getting worse, are we prepared for it?

In my previous blog post, I have discussed the danger of rising sea levels and how much of a threat it is, especially for people living in coastal regions. Now aside from the rise in sea levels, let me briefly discuss one of the major effects of climate change – worsened flooding. 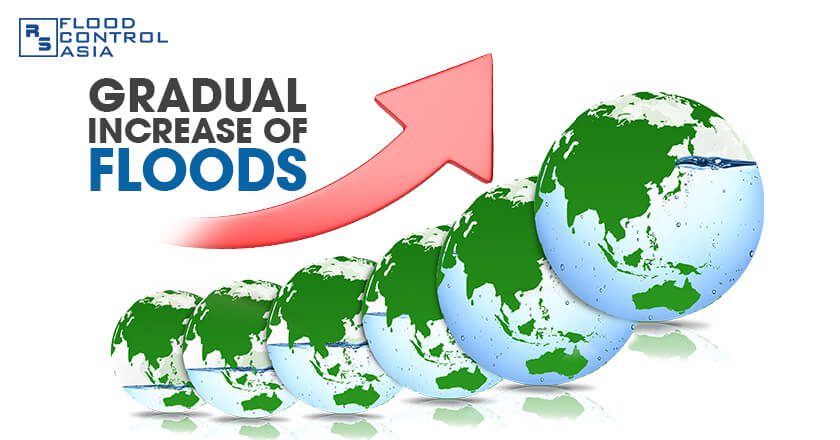 Floods gradually get worse as the global temperature and sea levels rise.

Flooding is said to be one of the most dangerous natural disasters worldwide alongside drought. An estimated 520 million people per year worldwide gets exposed to flood resulting to deaths and other serious damages.

In the US alone, flooding has been the cause of death for over a hundred people annually since 2015. And 2017 became a record year for high tide flooding across the nation. In fact, a new analysis from the National Oceanic and Atmospheric Administration projects the trend of high tide flooding to continue into the years to come.

UK’s Environment Agency has also warned that intense amount of flooding is projected to become more frequent – thanks to climate change.

So with major floods becoming more common as years pass by, are we prepared for what’s about to come?

Precipitation, hurricanes, typhoons,and tropical cyclones are intensifying each year due to the harrowing effects of global warming. In 2018, more than five super typhoons were recorded collectively in Asia and the US causing hundreds of lives lost and billions of properties damaged and destructed.

Because of the unusual amounts of rainfall and trends in long-term sea level rise, the past year has been a witness to some of the worst flooding events in recent years. Let’s take a look at some of them:

Monsoon rains that began in July caused once-in-a-century floods displacing around 1.5 million people and taking nearly 500 lives. This inundation has displaced more people in the world than any other disaster in 2018.

The City of Canals has been hit by what could possibly be their worst flooding in more than 20 years. Strong winds and days of heavy rain has pushed the level of the city’s lagoon to more than five feet above average height inundating 95 percent of the historic city center at the end of October.

In September, Hurricane Florence broke 28 flood records in the North and South Carolinas due to the overflowing rivers. The insane amount of rainfall that the regions have accumulated in just four days took the lives of more than 50 people and cost more than $17.9 billion of economic damage.

The city of Baguio and parts of Benguet bore the brunt of one of 2018’s strongest typhoons, Mangkhut, locally known as Ompong. Villages were submerged in raging floods, mud and swaths of land. A landslide in a mining area buried a hundred miners dead. As soon as Mangkhut left the Philippine Area of Responsibility, it went on to batter Southern China and Hong Kong.

In November, heavy rains and flash floods took the lives of 12 people and caused the evacuation of more than 3,000 in an event that locals have described as “never before seen”. While 21 people in October died after being swept away by a flash flood in one of the country’s worst natural disasters in decades.

How does climate change worsen flooding?

Climate change plays a hefty role in aggravating flooding situations all over the world. According to the Climate Communication, the rise in sea levels due to climate change subjects coastlines to greater risks of flooding and erosion and increases the risks correlated with wind-driven storm surges responsible for hurricanes and typhoons.

In a study made by the United States Environmental Protection Agency on climate change indicators, it is stated that climate change can affect the intensity and frequency of precipitation.

The report also states that,

Warmer oceans increase the amount of water that evaporates into the air, and warmer air can hold more moisture than cooler air. When this moisture-laden air moves over land, it can produce more intense precipitation – for example, heavier rain and snowstorms. The potential impacts of heavy precipitation include crop damage, soil erosion, and an increase in flood risk due to heavy rains. 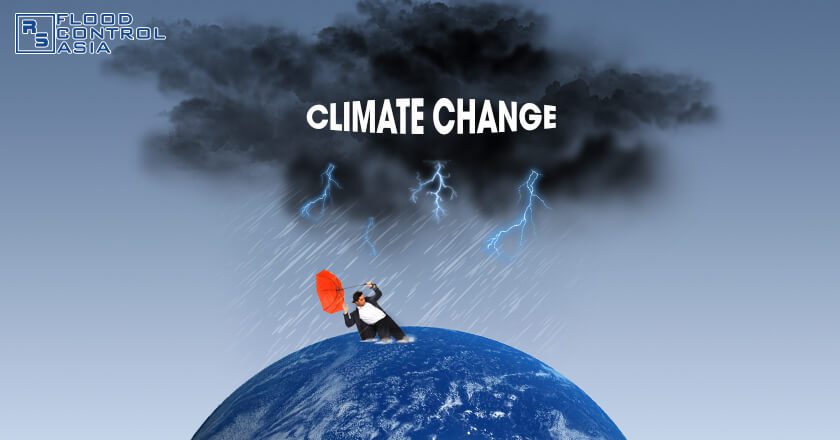 Climate change plays a huge role in the occurrence of extreme weather conditions.

Put it simply, with heavy rainfall comes the risk of flooding. The wet season has been extremely wetter with the downpour of rain being unusually heavy in different parts of the globe.

Preparing for the worst to come

Experts at the United Nations University in Japan say that the greatest potential flood hazard is in Asia. They have also estimated that by 2050, the number of people worldwide left vulnerable to flooding could climb to as high as 2 billion if preventive efforts and measures to counter climate change would not push through.

The threat of detrimental flood is real and it is increasing. While there are still a lot of things that we must comprehend on how today’s weather patterns could fatally affect us, and while nothing could be a hundred percent guaranteed for the future, one thing is for sure, if we do not take these issues seriously now, we will never be prepared for what’s about to come.

My question to you: What is your opinion about gradual increase of flood?

tags icon environmental, protection,
Stay ahead of the flood!
Sign up now and protect your home and community with the latest Flood Safety Tips and Technology Updates from the Flood Experts!
Subscribe now for FLOOD EXPERTS newsletter for FREE.