In my previous article, we have went over the severe snowstorm that froze one third of US in January 2019. Simultaneously during that month, South America has been going through a same tough time as it battled severe flash floods and extreme wildfires.

According to Bloomberg, $8 billion was spent by the Chilean government on disaster relief in the past decade due to repeated quakes, volcanoes, landslides, fires and floods. 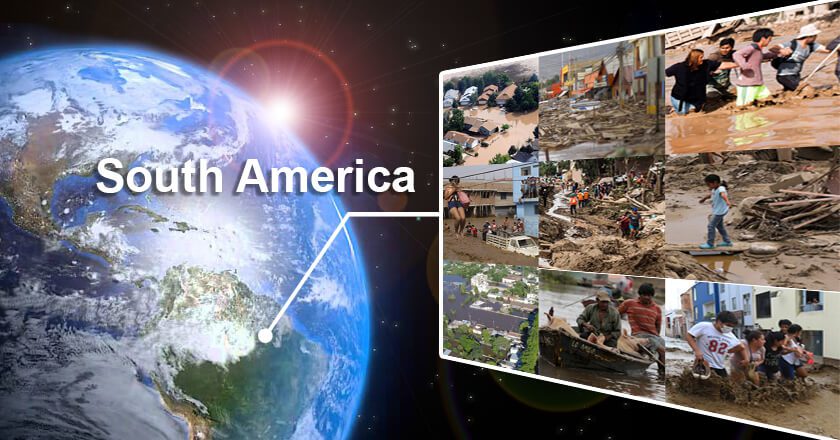 Chile and Peru didn’t escape nature’s wrath as extreme weather battered the parts of the countries with floods and wildfires.

Being a small country, rehabilitation to damages after disasters are a heavy burden to Chile. Also due to its geographical location, the country is frequented with all sorts of natural disasters.

Being a small country, rehabilitation to damages after disasters are a heavy burden to Chile. Also due to its geographical location, the country is frequented with all sorts of natural disasters.

But due to the continuous warming of the Pacific Ocean, the rains have been heavier than usual. Global warming is also believed to heavily contribute to the not-so-strange, but more extreme forest fires, especially during summer.

Bloomberg noted that climate change and a growing forestry sector are factors which push the Chilean government to pour more resources into fire-fighting.

Normally one of the driest place on Earth, northern Chile was pummeled with heavy torrential rains in January taking lives and sweeping away houses and roads.

Rains in the world’s longest mountain range, the Andes Mountains have led to water pouring down into the Atacama Desert, considered as the world’s driest desert, and reactivating a 60 m (196 ft) waterfall that had run dry for a decade.

A “Zone of Emergency” was declared by the country’s President Sebastián Piñera, after the extreme downpour devastated El Loa province. The National Emergency office said that the flooding has caused six deaths and destroyed nearly 100 homes. 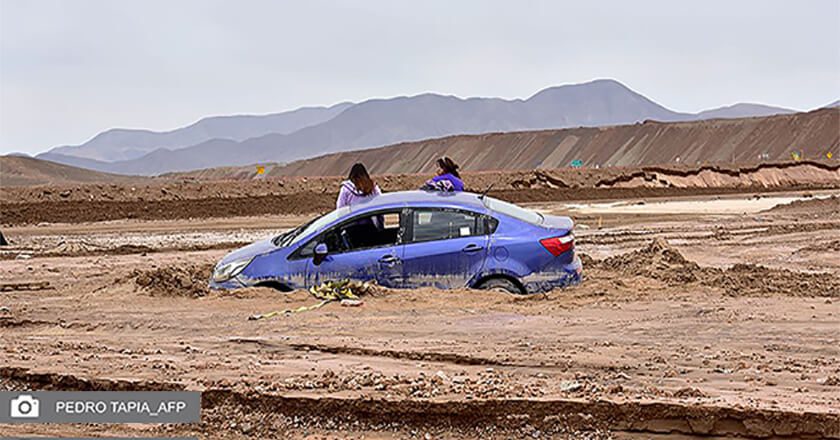 A car is trapped in mud in Chuquicamata, Chile.

Around 37,000 people in the town of Calama were also left without usable water supply for four days while more than a hundred homes were heavily damaged in the tourist resort of San Pedro de Atacama.

A similar incident occurred in 2015, wherein unusually heavy thunderstorms also brought torrential rains to the Atacama Desert. The flooding and mudslide took the lives of at least 24 people and nearly 140 missing. 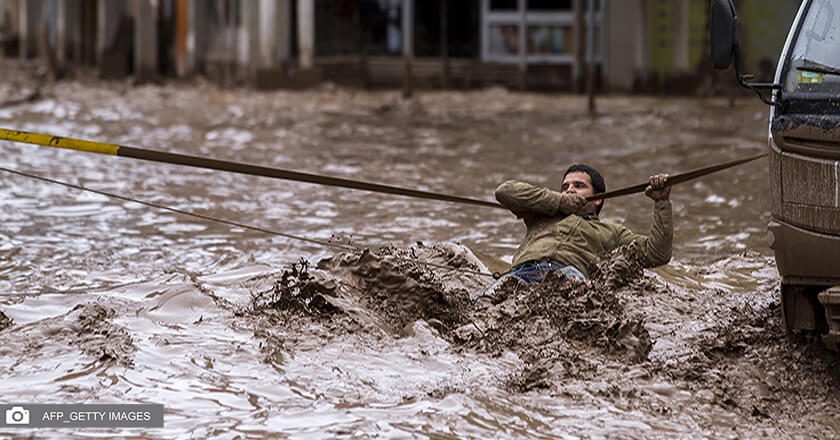 A man clinging to a security line to cross the street.

Nearby Peru was also affected with the heavy rains causing a hotel to collapse and killing 15 people.

While it had been pouring hard up north, southern Chile saw a prolonged drought and record breaking high temperatures which fed 4,645 fires that raged through 59,122 hectares (146,000 acres) of land.

Forest fires aren’t strangers to the country. In fact, these fires are a regular feature of summers in Chile. In the early months of 2017, Chile saw its worst fire disaster in 50 years which resulted to 11 fatalities, the destruction of about 1,500 houses and 580,000 hectares (1.4 million acres) of land. 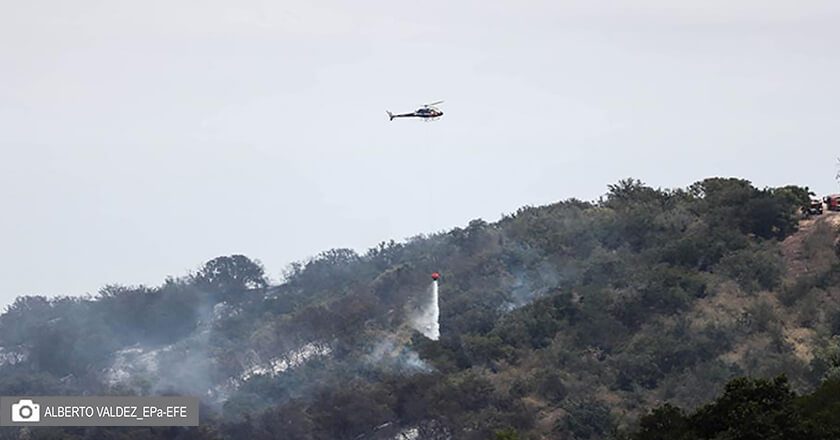 Forest fires are common in Chile during the summer.

We are expecting 70,000 hectares to burn [from 1 July 2018 until 1 July 2019] on the basis of high temperatures, quite strong winds and comparatively low humidity,

Walker also noted that this year’s weather forecast for the country is favourable to wildfires. However, a scientist at the University of Barcelona said that the government’s warning was more likely to urge people to behave responsibly this summer.

Nonetheless, despite the impossibility of directly attributing the occurrence of frequent wildfires to climate change, experts said that global warming does help fuel conditions that incite forest fires.

My question for you …

How do you think can countries, especially those which are vulnerable to extreme weather events, adapt to the effects of climate change?

tags icon Climate Change, Environment, Severe Flooding,
Stay ahead of the flood!
Sign up now and protect your home and community with the latest Flood Safety Tips and Technology Updates from the Flood Experts!
Subscribe now for FLOOD EXPERTS newsletter for FREE.